Commitment as a tuna specialist wholesaler

Commitment as a tuna specialist wholesaler

Tuna specialist wholesaler "Komatsu Shoten" is a wholesaler located in the Central Wholesale Market of Kyoto City, specializing in natural bluefin tuna, farmed tuna, yellowfin tuna, bigeye tuna, and frozen tuna. Having been engaging in this industry since 1989, we have great confidence in the ability to spot excellence.

We stock production directly from shipped fisheries, and carefully select the fish based on landing information, not only in Japan but also from around the world. Our strength is to provide a stable supply of tuna depending on your needs.

When supplying tuna to our customers, we completely remove the dark flesh and even process it into strips on request. Clients can purchase as much quantity as wanted from any part of the tuna.

Introduction of our products

Most of the tuna that we provide are bluefin tuna.
Natural bluefin tuna varies in landing area, fishing methods, and its quality in each season. It can be bought not only from the landing port but also from Toyosu market, Osaka market, and Kyoto market so that it can meet customers’ requests throughout the year.

We also sell a large number of farmed tuna, which can be supplied consistently.
We are able to provide a stable supply of farmed bluefin tuna along with the taste that customers really want. Whether it be farmed or wild tuna, we can offer tuna with a high fat or red meat content in relation to size.
We also handle a number of large-sized, farm-fattened “Kyoto Ine tunas”, which lands in Ine town, Kyoto from November to the beginning of February, we are highly recommending trying these.

Many of the retailers are using red meat of yellowfin and bigeye tuna, which are mainly collected directly from Kishu Katsuura Port, from all over the country, and also from overseas such as Taiwan and Indonesia.
We will strictly select the tuna sorted at the landing port and provide red meat that will make your shop beautifully colored. 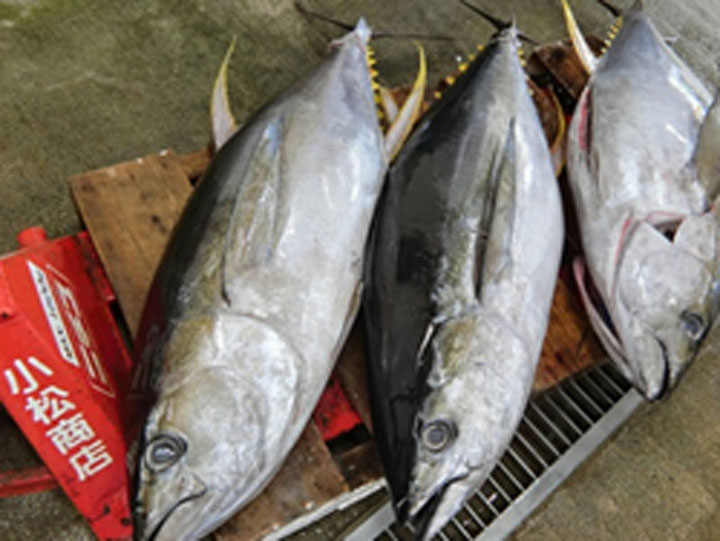 ・Frozen Farm-fattened bluefin tuna from the Mediterranean island of Malta

A local manufacture that we trust makes it possible to collect an excellent sniper into the culture preserve in the sea and he guns them precisely at appropriate parts without giving any stress to the tuna one by one, and then immediately captures them. In addition, they are cut into fillets on the ship at anchor, sideways to preserve the freshness and then frozen within 30 minutes in the shape of loin after captured. This rapid process from capturing to freezing suppresses dripping after thawing it out, making it a product that is difficult to discolor.

At a factory for freezing tuna in Busan port, South Korea, yellowfin tuna and bigeye tuna are collected from fisheries around the world. A manufacturer strictly assesses each fish one by one and then freezes them.
We can divide the produce into three levels according to the customers’ preference: skinless, the dark flesh cut-off, and fixed form.

You can choose the budget, species of tuna, and size that suits various scenes, such as wedding parties, company parties, spot sale fairs in retailors, and restaurant events. 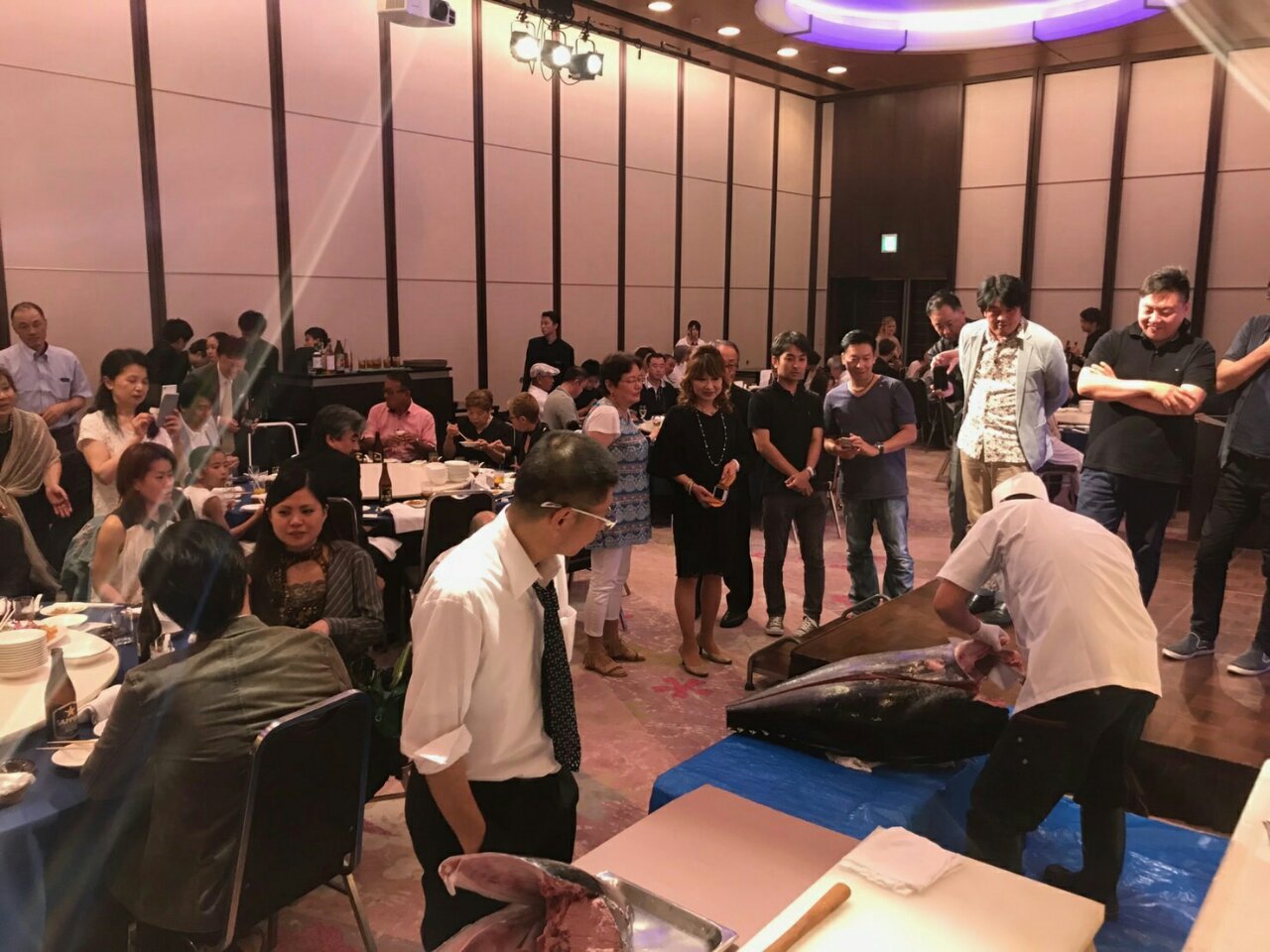